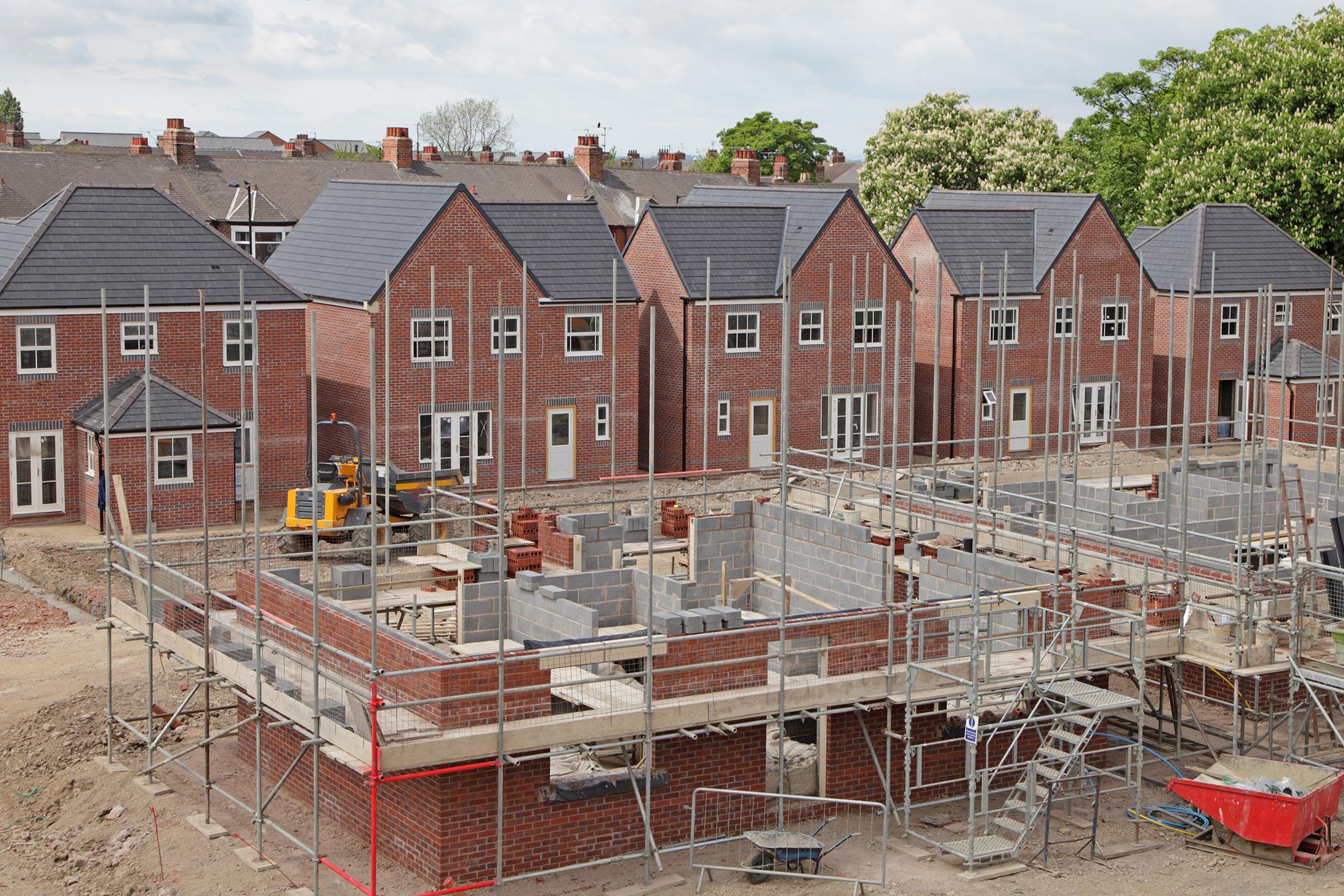 Devon is an attractive place to live. Build more houses and they will get sold. It will of course result in an increases in the population. There is then the inevitable report suggesting that we need to plan for this demand and build more houses. And so the circle is complete … and the developers rub their hand in glee. It is the perfect cash cow.

We do not need any more unaffordable houses. We especially don’t need them in the South Hams. We most certainly don’t need the entirely made up figure of 300,000 per year nationally that Mr Gove has recently (Oct 2022) resurrected. Firstly, it does not address a real need and secondly building more houses will not drive down prices and make houses affordable. If it did, the negative equity problem would cripple the economy. It is an utterly vacuous argument.

The housing market is not driven by normal supply and demand rules. It is not driven by the number of households seeking homes for instance, it is driven largely by the availability of money to purchase housing. It is an investment, not a purchase. This is a crucial distinction. The tortuous history of how we got to where we are now is well documented.

Affordable housing is defined in the Nation Planning Policy Framework as homes that are 20% lower than the local average prices.

The average house price in the South Hams has increased by 17% in the last 5 years. According to ONS - Affordability open_in_new data, the ratio of lower quartile of house price (£250,00) to lower quartile gross earnings (£21,521) is now is now 11.6.

Given that mortgage lenders are unlikely to lend more than 5 times earnings this implies a borrowing limit of £107,605 for a lower quartile earner and a deposit of £142,395 being 57% of the total price.

So realistically, an affordable home in the South Hams needs to be priced around £160,000 ... otherwise it will not be truly affordable and will not be accessible to those important front-line workers.

The average household size in the UK is 2.4, giving a new homes requirement of about 230 per annum.

So the number of houses being built is over double (127%) the actual need, and implies a population increase of 1,200 per year. But the population only increased by less than half this number. The most likely explanation is that a substantial number of the these properties are now second-homes or buy-to-lets (short-term/AirBnB), and so do not appear in the population statistics.

However, the number of homes classified as a second home in the South Hams is 3455 in Oct'21 and this number has been falling year on year. This is clearly not consistent with the apparent disparity between the build rate and the population increase? Also, there is a great deal of anecdotal evidence that the number of homes that are not a primary residence, is increasing, not falling.

So, in summary, we are building far too many houses.

According to the Office of National Statistics, in 2020 there were 19.4 million families in the UK. But there were 24.7 million dwellings in England alone and over 27 million across the UK. There were also 648,114 vacant dwellings… a good third of these had been vacant for more than 6 months. Since 1996 the English housing stock has grown by 168,000 units per year on average, while the growth in the number of households has averaged just 147,000 per year.

Again, all the evidence suggests we do not need to build more houses, The myth that we need 300,000 more a year has no rational basis and has just seeped into the nation’s consciousness, and many worthy organisations, that should know better, have gone along with it. But it remains excruciating nonsense. I am an elected Lib Dem member of SHDC and I am ashamed to say my party conference supported it. Every party has its nincompoops.

Another very important aspect of all this is the carbon cost of building a house at an average cost of about 80 tonnes eCO2. That’s a lot of carbon, and it does not take into account the filling of the house with furniture, the infrastructure to support it, etc. So if we were to build 300,000 houses per year, the carbon cost would be 24+M tonnes eCO2 per year or about 5% of the ref(3rd carbon budget 2018 - 202).

There is also the burden on the infrastructure, in terms of traffic, medical services, waste collection, etc. all of which have a carbon cost.

These developments do not address a need, they are motivated entirely by the huge profits being made by developers. It is perhaps a little cynical to suggest there is a connection between the fact that 25% of Tory Party Funding open_in_new comes from housing developers and Mr Gove's recent decision to bring back the nonsensical 300,000 houses per year target.

SHDC recently declared a Housing Crisis. I have supported it so far it as it contains some good ideas. Unfortunately, it also contains nonsense about encouraging developers to get on and build houses we don’t need.

What we need is truly affordable, assisted and social housing.

This delivered 8 affordable units and 3 open market units and 2 units for the landowner, so 13 units:

The cost of build

This development was supported by Bigbury Parish Council, but it is hard to understand why SHDC would chose a remote location for affordable housing that has just one bus per day, and at such a large cost to the Council for just 8 social houses, 4 of which are to be sold-off. The Affordable Housing Earmarked Reserve, had a balance of £470k, so the £250k taken means it was reduced by 53% on this one project.

The affordable housing aspect of this project amounts to about (7 x 80.9 + 1 x 98.8) = 665 sq m. If modular housing had been deployed the total cost would have been about £1.1M. This could have been funded, from grants reserves without recourse to the PWLB or open market house building, and the rental income would not then be swallowed by interest payments.

So called flat-pack houses where 80+% of the build is done in a factory with very low carbon overheads. The cost in Oct'22 on average was about £1,700 per sq m, while smaller Ref(ZedPods) are even cheaper.

It is a much more sustainable approach and needs to be given the focus of how we deal with the need for affordable and social housing.

An even cheaper approach are small mobile home parks close to where the need is. These can be a mix of rented accommodation and truly affordable three bedroom homes at around £200k.

In Totnes we have the ATMOS project and the possibility of the KEVICC land coming into community ownership. These are exactly the kind of projects the Council should be supporting and endorsing.

Housing built by the Council and rented out at a truly affordable rent.