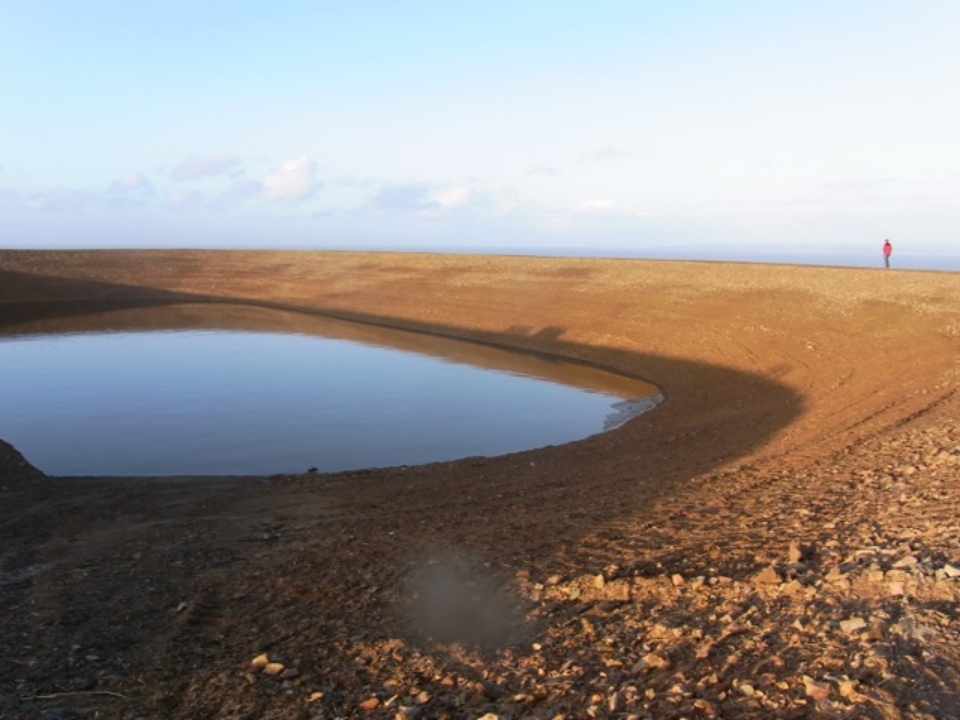 This is a general overview… Slurry for Dummies!

To properly understand the physical and biological processes that go to form slurry and its impact on the environment involves many disciplines. There is a great deal of authoritative research and other literature written on the subject but it is mostly either very discursive or very specialist. I have not found a clear and accessible account of the problems. So this is an attempt to produce a very simple summary of the main issues. For further reading there is a references section at the bottom and most of the items cited have their own extensive reference sections.

Slurry is complex and contains 100’s of compounds. In the context of an intensive dairy farm, it is mainly composed of the faeces and urine from the cows together with the washings used to clean the milking parlour and other areas of the farm. The detailed composition of the excreta will depend on the diet and may also contain veterinary compounds as a result of any treatment administered. The washings will often include chemicals used for disinfection. Then, during storage, some of the slurry breaks down to form a variety of compounds.

In order to increase milk yields, cows in Mega Dairies may be fed high-protein diets which can then result in a very high nitrogen content in their excreta. These high nitrogen levels are then reflected in the slurry with all the attendant issues.

Both Manure and Slurry are organic fertilizers which can be used to provide important nutrients for crops, including grassland. However, intensive dairy farms produce more slurry than the land can take. The need to balance the inputs into soils with outputs (ie crops) is a fundamental principal of good soil management. Unfortunately, the burden of slurry on fields from Mega Dairies inevitably leads to the many problems outlined below.

The Problems with Slurry

During storage the emission of these gases can be limited by covering the lagoon, although this can be very expensive. Most of the problems arise during spreading. Injecting the slurry into the soil can help reduce emissions but Nitrous Oxide will still be released if the slurry is spread on fields that already have too much nitrogen content through a process known as ‘denitrification’. Also, rain will cause nitrogen to leach from the soil into drainage ditches, streams, rivers and eventually estuaries. Some of this nitrogen is then emitted to the atmosphere as Nitrous Oxide. The DEFRA Code of Good Agricultural Practice suggests a limit of 250kg of Nitrogen per hectare per year. This is an upper limit, yet it is often used as a means of calculating the area needed to dispose of slurry. The derivation of this figure is largely impenetrable!

The importance of biodiversity cannot be overstated… “Biodiversity is the fundamental resource for the entire planetary system and by continuing as we have been, we are running some very serious environmental risks.” – Tony Juniper.

Whenever a balanced ecology is perturbed there will be winners and losers. One such perturbation is caused by “nutrient loading”, particularly of Nitrogen and Phosphorous. Emissions of Ammonia and Nitrous Oxide from slurry raises the level of air-borne nitrogen compounds. This affects slow growing species of plant that thrive in nitrogen-poor environments which then cannot compete with faster-growing species that depend on higher nutrient levels. For instance, many lichens are badly affected by high levels of nitrogen, as are many wild flowers. This in turn may have affects on insect populations and hence the rest of the food chain, including birds and small mammals.

The bacteria in slurry can affect the microbiology of the soil and can affect the ability of some plants to survive in the these soil conditions. Pathogens from the soil can infect wild-life causing both distress and a fall in populations.

Nutrient loading can also affect watercourses. Eutrophication will lead to blooms of algae that displace other species so that these watercourses can no longer support many types of aquatic life. Also, oxygen levels can be dramatically reduced making it impossible for fish to live in these waters.

Pollution is a general term that can be applied to all of the issues discussed here. However, it is worth noting the Environment Agency report, published in July 2015, which states that agriculture was the cause of 87 serious pollution incidents in 2014, an increase of 9% on 2013. Of these, dairy farms caused 36 of them (over 41%).

One of the main causes of pollution is run-off from fields after spreading. If slurry enters watercourses, as previously mentioned, it can cause eutrophication. This is a sign of long term leakage or repeated pollution. Significant volumes entering a watercourse will deplete the oxygen in the water, killing any fish. As an aside, this is also true of milk wastes. Both have a very high Biochemical Oxygen Demand (BOD) which is the amount of dissolved oxygen needed to break down organic material through action by aeorobic bacteria. It is this mechanism that depletes the oxygen and kills fish and other aquatic life.

Air-borne pollution through emissions of Ammonia can also cause nutrient loading problems as noted in the previous section. While Slurry Lagoons that have a cover considerably reduce the amount of ammonia emitted while the slurry is stored, it has been shown that this then causes more Ammonia to be emitted during spreading operations. It is estimated that over 30% of European Ammonia emissions come from slurry spreading.

All of the issues above are an indirect threat to human health. The issues below are direct threats that are not intermediated by longer term environmental processes.

Slurry can contains a diverse group of pathogens including bacteria, protozoa and viruses, some of which can be a significant threat to human health. For example, dairy slurry can contain Escherichia Coli O157:H7, Salmonella, Cryptosporidium, Campylobacter and other pathogens. The survival of these organisms during storage and then subsequently after spreading is not well understood and is the subject of a great deal of research. However, there is evidence that in the right conditions (pH levels, temperature, UV exposure, etc) they can survive for considerable periods and infect watercourses, rivers and estuaries. There is also evidence for air-borne infection 100’s of meters downwind of fields spread with slurry.

Antibiotic-resistant bacteria are becoming a serious global threat to public health. One of the sources of these bacteria is agriculture and in particular the use of slurry. As noted above, slurry is not subject to the heating of an aerobic composting process and there is a lot of evidence that shows that antibiotics used to manage the health of the cows will end up in the slurry. This is then spread on land where it can affect the microbial content of the soil which can include the pathogens described above. If these pathogens then infect watercourses then they can become a serious threat to public health

Ammonia emissions from slurry stores and during spreading can react with oxides of nitrogen and sulphur to form very fine particles that can then be carried great distances by the wind. These particles can be 2.5 microns or less in diameter (known as PM2.5). The small size of the particles allows them to penetrate deep into the lungs and there is evidence that prolonged exposure to these particles can cause significant respiratory and cardiovascular problems.

Slurry has a very unpleasant smell. It is not the “country smell” that is familiar and which is largely benign. The unpleasant odours from slurry are a result of the complex anaerobic decomposition processes that take place in the slurry store which produce hundreds of compounds. Volatile fatty acids are the most important group and are regarded as being the main cause of the offensive odours from slurry. To a lesser extent sulphur-containing compounds, which are derived from amino acids in urine, also play a role. An example would be Hydrogen sulphide (the rotten egg smell). Volatile amines can also contribute.

When slurry is spread, it is the presence of this wide range of malodorous compounds that causes the unpleasant smell. Injecting the slurry can reduce the odour but does not eliminate it and where slurry has a large concentration of volatile odorous compounds some odour may persist for a week or more after spreading.

The anaerobic composting process that takes place naturally in slurry is the same as that used in an Anaerobic Biodigestor (AB). However, there are significant differences. The AB is a closed system with a strictly regulated bacterial content and temperature that is just high enough to destroy many pathogens without affecting the bacteria that mediate the anaerobic decomposition. So called mesophilic bacteria can tolerate temperature in the range of 30C-40C while thermophilic bacteria can tolerate much higher temperatures. Even ABs that operate in the mesophilic range can destroy many pathogens over a 2 to 3 week digestion period. In contrast, a slurry lagoon’s temperature will be much the same as the outside temperature which, even in the summer in the UK, is unlikely to ever exceed 20C, which is insufficient to have any effect on the presence of pathogens.

The so called digestate that emerges from an Anaerobic Biodigestor that has been fed with slurry is much less problematic than the raw slurry. However, Anaerobic Biodigestors require a huge capital investment and although there is a return on the investment through the biogas that is produced, that can then be used to generate electricity, AB’s are still rarely used for processing slurry.